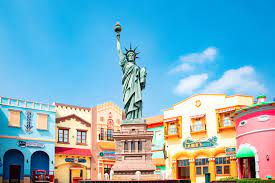 Indywood Film Carnival 2017 was held in Hyderabad recently. The famous Ramoji Film City was the witness to this glorious carnival this year. Being in its 3rd year of existence, this Film Carnival has been acting as best platform for many film industries existing in India with stakeholders from various parts of the world.

It acts as a place where technology, film making and aspiring talents converge at one stage and get opportunity to help each other to grow. It has been acting not only as platform but also as a catalyst to make unified Indian film industry a reality.

Chain2Bollywood-a one stop junction for aspiring actors, models to casting directors and production houses, was chosen by the jury of Indywood Film Carnival as “Best Film Talent Management Organization”.

Sonia Gupta, the CEO & Founder of Chain2Bollywood, facing challenges, in the industry for many years, was determined to make a smooth platform for talents across world who wish to enter entertainment industry in India. It was a roller coaster ride for her, from starting it off as “Bollywood Staff” to rechristening it as “Chain2Bollywood”, running daily chores, playing a mother, a wife, an entrepreneur, Sonia had many junctures in life where she could have given up.

But a determined woman, never gave up on her dream and today having hundred thousand subscribed members, Chain2Bollywood, has announced it arrival. Helping the new comers who wish to make a mark in the Film Industry, Chain2Bollywood does not just make them reach audition doors but also guides them to right places to hone their skills.

If you have acting, modeling, singing, dancing or any other talent and you wish to make a mark in the entertainment industry, then here’s your genie who will guide you to the right path with all the help you require on this path of fulfilling your dreams-Chain2Bollywood.

By Launching its App Chain2Bollywood has made it easy for aspirants to come near to their dreams and see them actualize in real.