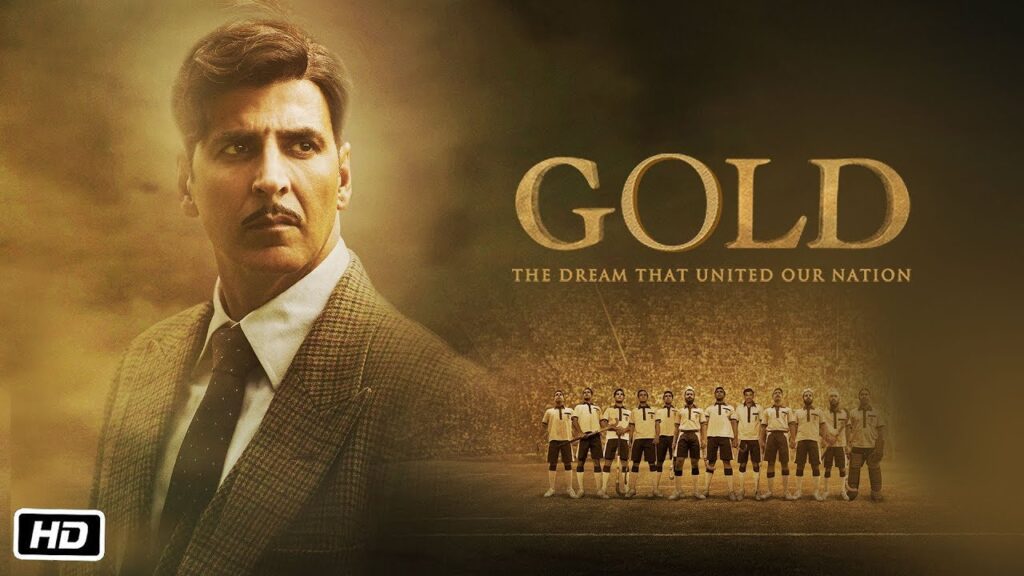 GOLD – Akshay returns with a dose of hyper-nationalism – Review

Decade ago, Chak De, starring Shah Rukh Khan, released. It was an invaluable success and it became an incentive for filmmakers to explore the world of sports further. However since then, sports biopics and dramas have decided to insert politics in the narrative.

So, the pinnacle of success in many of the films would be the victory over Pakistan. Sports dramas like Bhaag Milkha Bhaag, Dangal, Mary Kom and Sultan all display the nation’s glory in an international context, wrapped up in personal stories. Invariably, there’s the display and unfurling of the national flag and the customary salute. And there are lots of tears, to show national pride.

So what’s the end result? The focus shifts from the sporting spirit and you’re compelled to learn about the seething animosity with the neighbouring country.

Akshay Kumar’s Gold seems to take it a step ahead. Though we have only seen the trailer, it’s easy to see which way the patriotic winds are blowing in the film.

WHAT IS GOLD ABOUT?

Gold traces the “golden era” of Indian hockey through the journey of Tapan Das, a young assistant manager in 1936, who dreams of playing for independent India.

Inspired by true events, Gold is about India’s first Olympic Games win as a free country in hockey. And so, Akshay returns with a dose of hyper-nationalism, presented in the form of a sports drama.

Akshay is the star performer with his act while being a good-for-nothing husband and also wearing the patriotic heart on his sleeve. Some of his dialogues will make you chuckle and his talk of ‘Desh Bhakti’ will make you emotional, though some might find it a bit too preachy. His Bengali, however, sounds completely different to his co-star’s.

TV actress Mouni Roy makes a fine debut as the irritated yet loving wife and looks extremely convincing and relatable as a Bengali woman.

Sunny Kaushal, brother of current sensation Vicky Kaushal, is the pick of the lot from the supporting actors. He is impressive, be it at refusing to salute a British officer, mouthing lines like ‘Inquilaab Zindabad happens before breakfast,’ distress at being benched and conflict with Amit Sadh. His love story with TV actress Nikita Dutt’s character is particularly cute.

Amit Sadh as the ‘Ameerzaada’ Thakur scion is excellent and his proudly flaunting his ‘born with centre forward’ tag is effective. His jibes at Sunny’s character and final change of heart are among the defining moments.

Vineet Kumar Singh is good, but after a lead role in an Anurag Kashyap film ‘Mukkabaaz’, he doesn’t have much to do here.