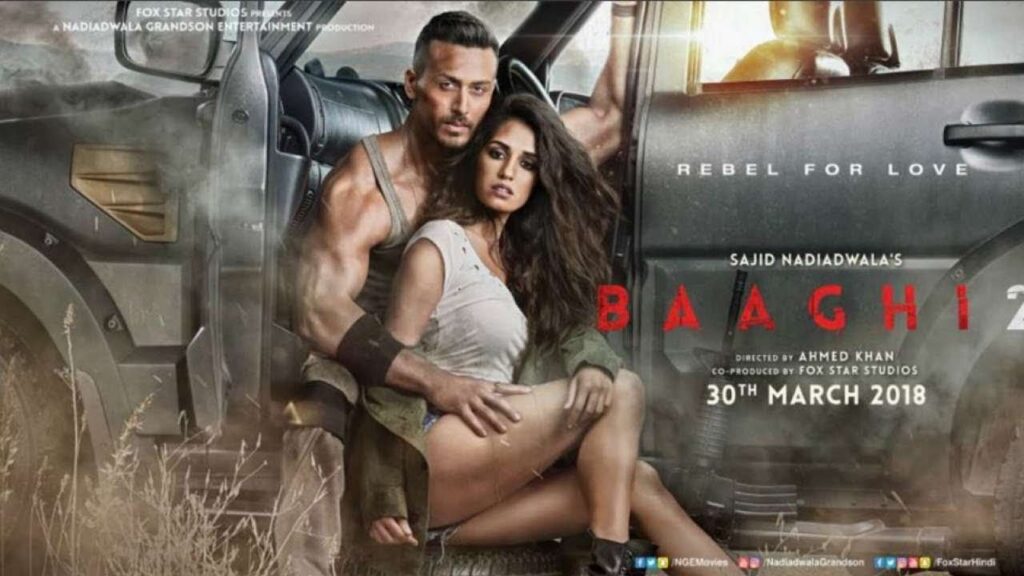 Baaghi 2 is a remake of Ravikanth Perepu’s 2016 Telugu blockbusterKshanamand attempts to furnish a mystery which holds at least till the interval.

We cannot tell for sure if Tiger Shroff or director Ahmed Khan grew up watching Rambo and fantasied about creating an indestructible force who would scavenge through the woods to shower bullets on anyone in his line of vision. But each time the action hero passes by, he leaves behind several dozen scattered corpses. While he hopes to complete the image by rubbing soot over his face, when Shroff’s Ranveer ties a red scarf over his bulging biceps, the piece of cloth seems too couture — more like a garba accessory. While most fight sequences are elevated to the extent of aerobics, the one where a person chases another on foot, leading to multiple vehicles attempting somersaults, seems a tad excessive if not unnecessary.
Shroff has come a long way from his debut fours year ago. Once a popular meme contributor, the actor is finally finding his feet in Hindi cinema as a teen idol who can throw high kicks and even plunge down to nail splits. Essaying a soldier who lets his fist do the talking, Shroff is unobjectionable. Disha Patani couldn’t be more marginalized in a film and her contribution to her character is almost negligible. Why Manoj Bajpayee would pick this film is a bigger mystery than the one in the film’s plot. Regardless, he manages to extend some dignity to his character. Flipping his locks and brushing his pigtailed beard, Randeep Hooda dresses up his character to be a lot more than it actually is, while the buffed up Prateik Babbar has reduced himself to a role more suited to Arya Babbar. The film’s music is barely inspiring and the two renditions (Ek Do Teen and Mundiyan) only allow one a break to visit the washroom.

When Tiger is on the move, kicking, jumping, punching, wielding guns and knives and bombs, Baaghi 2 delivers. It falters when it dives into ‘emotion’, trying to get our Army jawan hero in touch with his softer side. The love story is saggy. The pretty Patani, who debuted with sparkle in M S Dhoni, comes off insipid and out of her depth here.

The trouble with a full-on masala film going in search of a plot is evident in the way the film unspools. The bare bones are borrowed from Telugu thriller Kshanam, but the fillings are all strictly Bollywood: the attempt to create difference gets diluted.

The Sui Dhaaga trailer shows both Varun and Anushka entering into a new genre away from the glamour and bringing ...