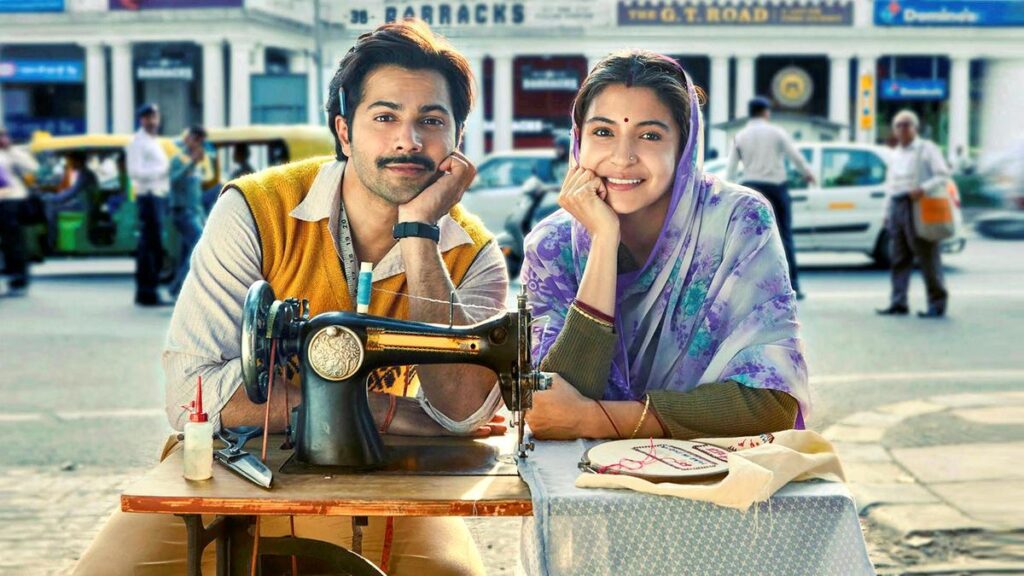 The Sui Dhaaga trailer shows both Varun and Anushka entering into a new genre away from the glamour and bringing out the roots of our country on the big screen.

Anushka Sharma and Varun Dhawan has brought us the most adorable little story of a couple looking to realise their dreams together with Sui Dhaaga-Made In India. The actor shared the film’s trailer on Monday and it has been met with great applause and praise.

In Sui Dhaaga, Varun plays Mauji, a tailor from Chanderi, Madhya Pradesh, while Anushka plays his wife and embroidery expert, Mamta. The film is about finding love and respect through self-reliance. Its plot is inspired by Mahatma Gandhi’s philosophy and takes a leaf out of the Make In India campaign.

The trailer shows Mauji as a salesman at a shop that sells sewing machines. He is unable to find work as a tailor and therefore has to suffer the whims of his master and employer. Mamta hates watching him get humiliated all the time and wants him to start working on his own. Together, they fight for respect and starting a business that they can call their own.
https://www.youtube.com/embed/k9X7lU1W6P8

Crooned by Papon and Ronkini Gupta, the music of the song is given by Anu Malik and the lyrics are penned by Varun Grover.
https://www.youtube.com/embed/J2CncmmhIUQ

While Varun, who was last seen in Shoojit Sircar’s October, plays a tailor, Anushka, who played a biographer in Sanju, will be seen as an embroider in Sui Dhaaga. The film also stars Raghubir Yadav. It has been produced by Maneesh Sharma and directed by Sharat Katariya. Sui Dhaaga is slated to release on September 28.